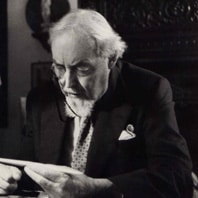 Wei Wu Wei was born Terrence Gray in 1895. He came from a aristocratic Irish family, grew up near Cambridge, England, and studied at Oxford University.

During the First World War, he served as an ambulance driver. He travelled to Egypt to study the ancient pharoahs, and produced experimental theater and theater magazines in England. He quit theater to manage a vineyard in France, race horses, and marry a Russian princess. He died in 1986.

Despite this priviledged and fantastic life, and like many European intellectuals of his generation, he became a seeker. He could afford to travel, and he met Ramana Maharshi, Anagarika Govinda, Hubert Benoit, John Blofeld, Douglas Harding, Paul Brunton, Robert Linssen, Arthur Osborne, Shunyata, and D. T. Suzuki.

“We have a basic conditioning, probably in some form of Christian religion, of which little remains today but its ethical content, or in one of the modern psychologies, that of Freud, Adler, or Jung, or in some scientific discipline, all of which are fundamentally and implacably dualist. Then the [seeking] urge manifests, and we start reading. Every time we happen on a statement or sentiment that fits in with our conditioned notions we adopt it, perhaps with enthusiasm, at the same time ignoring, as though they did not exist, the statements or sentiments which either we did not like or did not understand. And every time we re-read the Masters or the sutras we seize upon further chosen morsels, as our own jig-saw puzzle builds up within us, until we have a personal patchwork that corresponds with nothing on Earth that could matter in the least. Not in a thousand million kalpas could such a process produce the essential understanding that the urge is obliging us to seek.”

In 1958 he published Fingers Pointing Towards The Moon under the pen name, Wei Wu Wei. The paradoxical pen name comes from a Taoist classic, the Tao Te Ching. “The highest attainment is non-action (wei wu) and action (wei).” He wrote in the Preface that he used it to emphasize the personal unimportance of the writer. 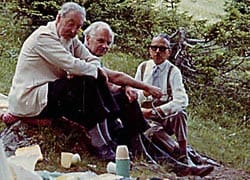 Over the next 16 years he wrote seven more books, and they are available here, in our SHOP. The books draw on a wide range of Advaita, Taoist and Zen sages, as well as the language of German Idealism. The Open Secret was written in 1965 and includes a substantive interpretation of the Buddhist Heart Sutra. Ramesh Balsekar remembers the powerful impression it made while he was still working at the Bank of India this way, “I cannot describe the innumerable intellectual frustrations I went through between Nisargadatta Maharaj and Wei Wu Wei… as I realized some time later it was to bring about a sudden awakening in this body-mind mechanism called Ramesh.”

“It is less what one is that should matter, than what one is not. To acquire knowledge should not be our first aim, but rather to rid ourselves of ignorance – which is false-knowledge. The qualities we possess should never be a matter for satisfaction, but the qualities we have discarded.”

from Fingers Pointing Towards The Moon, 1958

Wayne Liquorman wrote, “I love Wei Wu Wei. In an age when Enlightenment is being crudely packaged and sold like toothpaste, Wei Wu Wei demonstrates that deft touch which is so essential when dealing with the absurdity of trying to express the inexpressible.”

“Disputation and discussion are both futile.
Why is that?
Because nothing either party could say could possibly be true,
And whereas dispute picks out the false,
Which is too easy to see,
Discussion seeks the truth which is being pointed at,
Which is too difficult to describe.”